OLD FASHIONED
Bourbon, Angostura, Sugar Cube.
The 1848 Gazette of Wheeling, narrates about a one dollar note: "My dear friends, this is my last dollar and I used to have a fortune of 30,000 bills. I spent them all in whiskey and gin cocktails”. If you want a classic, old fashioned to pend your money in, try this pre-dinner drink. Use only old-fashion glasses, the natural habitat of this drink.


MOSCOW MULE
Vodka, Ginger Beer, Lime
The birth of this cocktail is due to three reasons. Just before the prohibition times R. Kunett would obtain the rights to produce the Vodka of his friend Vladimir Smirnoff in the USA; actually, it did not achieve too much success. To rescue Kunett from bankruptcy, J.Martin acquired the brand on behalf of Heublein, a producer d pre-mixed bottled cocktails. One day Martin happened to know from his friend G. Morgan that he had a reserve of Ginger beer available. In the meantime, Morgan's girlfriend  inherited a company - on the verge of bankruptcy, as well- which manufactured copper cups. The convergence of these three disparate elements (Vodka, Lime, Ginger Beer and a copper cup) gave birth to the Moscow Mule, served in choreographic copper cups. A success born from three failures.


MARINETTI
Campari, carpano, rhubarb, Bitter licorice, Prosecco.
For the lovers of the "wrong" Negroni…
Perfect for a cocktail. Served in cup with an orange zest.


AVIATION
Gin, maraschino cherries, lemon, Crème de violette
Imagine twenty-one seats, china coffee cups, elegant passengers and ladies in fur coats. It's the kind of aviation that one must imagine closing their eyes and enjoying the simple, balanced, pleasant taste of this cocktail of other times. It has the opalescent colour of the clouds and you'll need just a sip to fly away.


MARGARITA
Tequila, Cointreau, lemon juice, salt to garnish
A flowery sourness blossomed in Mexico back in the Thirties who won everyone, becoming one of the more appreciated cocktails ever. The name derives from the homonym city in the heart of Mexico.


MAI TAI
White Rum, Dark Rum, Curacao, Orgeat syrup, lime juice
This exotic delight was created in the Forties by Vic Bergeron, to exploit an old Jamaican Rum that he kept behind the counter. Two friends of him, visiting from Tahiti, sipped the drink and commented "Mai Tai roa ae" that is "Great" in Tahitian. The drink was made popular by the film "Blue Hawaii" with Elvis Presley, so the Mai Tai became one of the more popular cocktails, perfectly matching with the colorful atmosphere of the Tiki Bars, the Polynesian bars.


DAIQUIRI
Cuban Rum, Lime, sugar syrup.
A great classic Cuban that owes its name to the small town near Santiago de Cuba. Some trace its origin back to the Ibero-american war, when a marine, to quench his thirst, asked for a little Rum inside his sweetened lime juice. Some others state that it was an Italian, Engineer Pagliucci who created the miraculous drink. The effect is delightful and the choice for an evocative name fell on Daiquiri.


MARTINI COCKTAIL
London Dry Gin, Vermouth.
There have been many, too many pages written about this cocktail, which has however always remained the essence of simplicity: Gin, a bit of Vermouth, the only garnishing accessory and the cocktail is ready to be served. Connoisseurs are always ready to discuss about proportions, preparation method and olives. The taste is not in question. Marlene Dietrich's favourite cocktail. 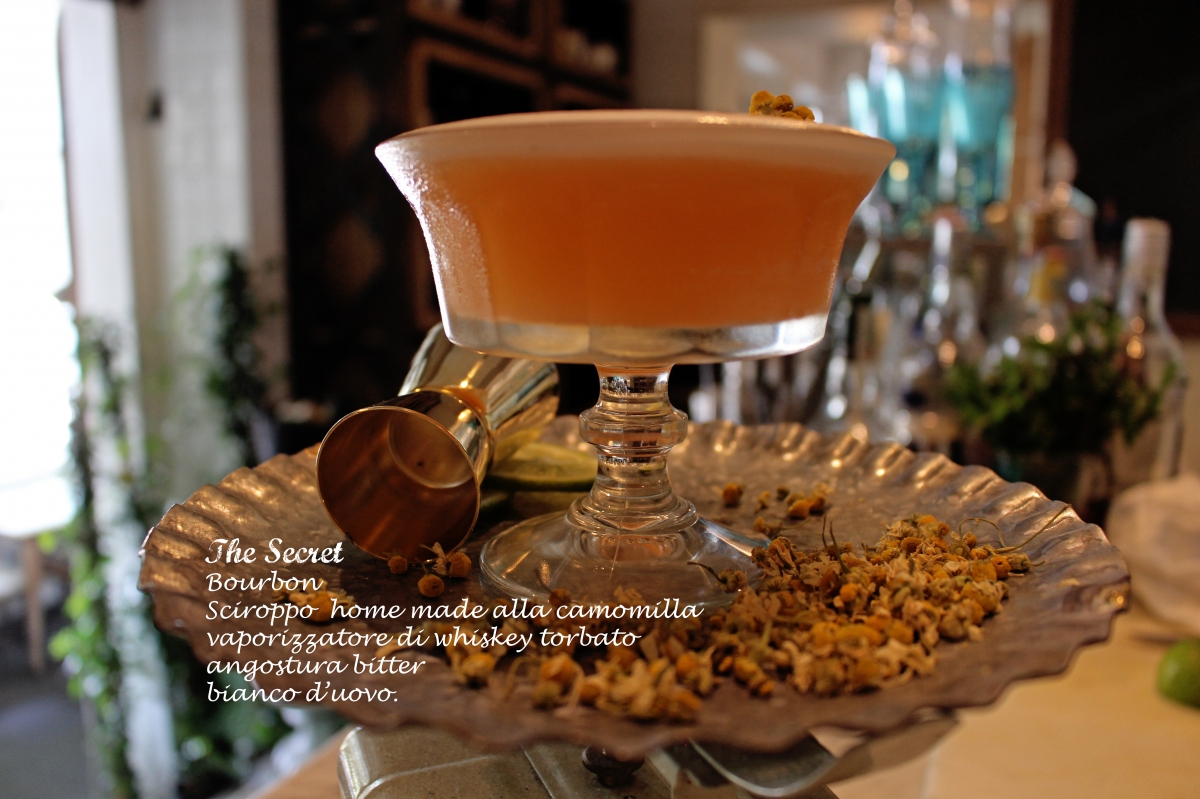 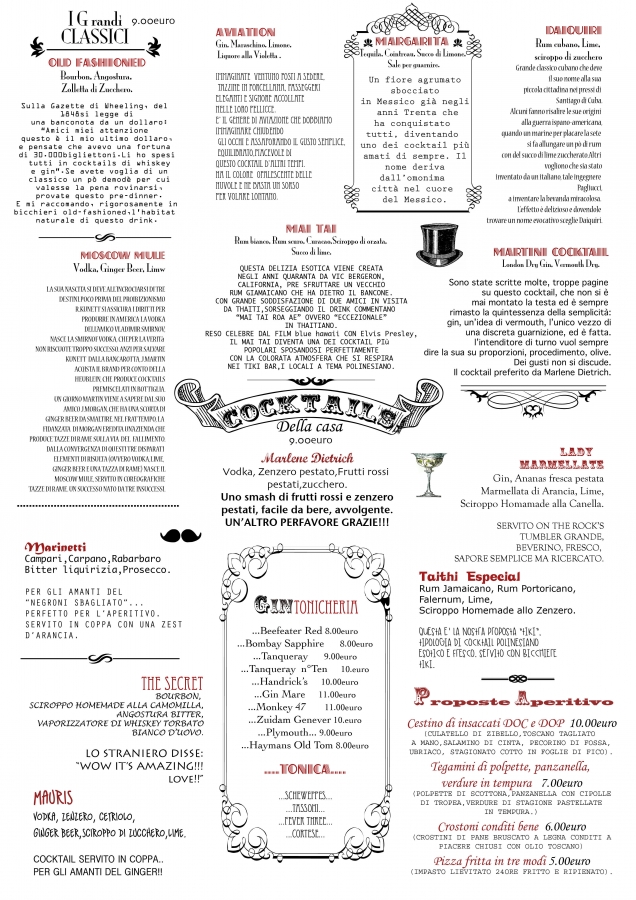 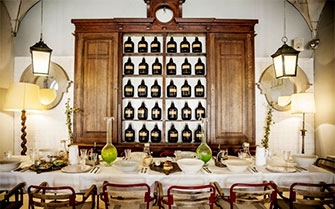 Angelina restaurant in Testaccio, is sited in Rome in Via Galvani, 24/a in front of the old slaughterhouse on one side and overlooking Monte dei Cocci on the other, and on the other side of the old market square... 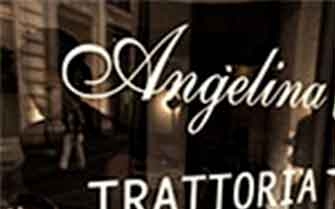 Angelina restaurant in Trevi, is sited in Rome in Via Poli 27 a romantic coffee-tavern, a short walk from the Trevi Fountain. 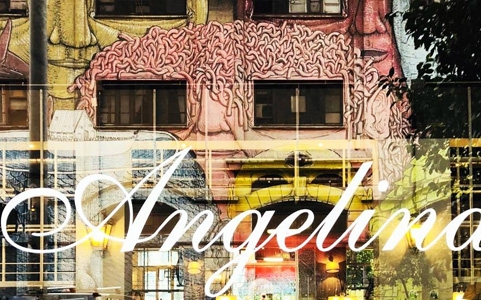